I had a discussion last week with a friend who was formerly at a large law firm. We were talking about the constant challenge to retain and attract clients. He is able to charge much less now that he has his own firm, but net as much if not more.

While at the large law firm, the pressure to generate business was exacerbated by the yearly increase in his rate, something he had almost no control over. It’s almost like the firm was pricing him (and many other partners) out of their particular markets.

So, only half jokingly, I said “Well they should try paying their rack rate out of their own pocket!” We both erupted in laughter at the absurdity of the notion.

Later, I started thinking: how many lawyers have ever been a client?

And I’m not just talking about retaining your own firm to do some high-level litigation at $750/hour. We all know that is absurd. I’m talking about hiring a lawyer to do anything at less than half that. If you throw out the traffic ticket fix, an estate plan or an unfortunate divorce, I bet most lawyers have never been a client of another attorney for any reason.

And if someone at a large law firm uses the firm (such as a managing partner), you can bet they are not paying much, or anything at all. “Good training opportunity” I think it is called.

Historically, law firms saw corporate clients as indifferent to price, maniacally risk-averse, and unswervingly loyal. After all, they were spending OPM, as in other people’s money.

Now those other people are called shareholders and the GC has to watch the spend because there is a CFO and CEO looking over the shoulder.

I think there is a joke about how an economist gets out of a large hole. “Assume a ladder” is the punchline.

For the last 10 years, for law firms, the joke may be law firm strategy and the punchline likely is “assume a client.”

Tomorrow, a list of factors for lawyers to use to determine retain-ability. 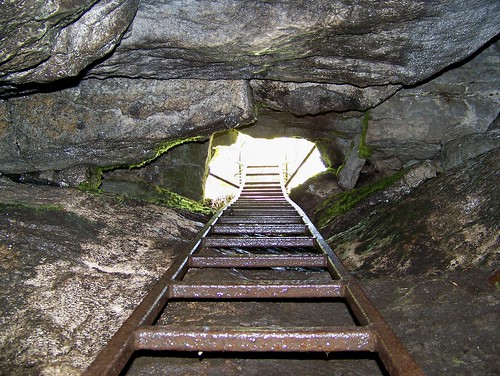 The Economist takes on that most lawyerly of all corporate requirements: the auto-generated email disclaimer. You know, attorney-client privilege, IRS regs, or both. It goes back to the days of fax cover sheets.

As an in-house counsel, I was often asked about these, and said it was not necessary. Some clients would actually insert them on their own, cribbed from an email they received from an random attorney or someone who played one on television.

The worst thing you can do as an in-house counsel is insist on pointless things. It makes clients tune you out, and then they don’t listen to and act on the important stuff.

I have to laugh when I get an email from an attorney friend about meeting at some local watering hole, and the blasted disclaimer makes it sound like I should burn the thing.

The Economist article now makes this foolishness go mainstream, and they point the finger at us:

So why are the disclaimers there? Company lawyers often insist on them because they see others using them. As with Latin vocabulary and judgesâ€™ robes, once something has become a legal habit it has a tendency to stick. Might they at least remind people to behave sensibly? Michael Overly, a lawyer for Foley & Lardner in Los Angeles, thinks not: the proliferation of predictable yada-yada at the bottom of messages means that people have long since stopped paying any attention to it.

Mr. Overly gets a free link for the courage to say on the record what all of us think every time we see one of these. I had better not see an email from F&L with a disclaimer in the footer, though…

Here is a short follow-up to my previous post that covered the ACC/Serengeti study released this week.

All five items I highlighted are important. The one that caught my eye, however, was the part about less work going to outside firms (it’s at the top of page 4 of the press release). At first blush, you’d think this is merely work being brought in-house. But there may be more going on here. If inside resources are relatively flat (a high likelihood today), then in-house counsel are doing something. Among many possibilities, here are four that come to mind:

(a) pulling back on more generic work (redefine as low-risk and perhaps non-legal);

(b) trying to re-use or re-cycle some work, and have it done by non-legal personnel (including clients);

(c) using technology to automate or streamline work; or

(d) have it done by “non-law firm” firms, whether here or offshore (flat rate or fixed price).

Whatever the reason, perilous times does one thing: it focuses the mind.

While I will develop this observation a bit more down the road, its significance to me boils down to this:

Some work taken away from law firms isn’t coming back any time soon.

And if this is indeed a growing trend, it has profound implications for law firms and legal departments alike.

The Association of Corporate Counsel and Serengeti Law are using the occasion of ACC’s annual meeting to roll out the results from their 2008 “Managing Outside Counsel Survey.” The press release is here.

A few highlights today, and a couple of comments later this week.

Survey items that caught my eye:

1. 40% of outside counsel report terminating a law firm relationship.

2. Convergence appears to be slowing down.

5. In-house counsel are using more purpose-built technology to monitor outside spending, but this is still in its early stages.

All these items are of interest; but I think one is more intriguing than the others. Guess which and see if you’re right on Thursday.

The American Lawyer has its own take here.

This had to be a discussion item at many of the receptions going on in Seattle nightspots this week. I wonder if any sponsoring firms have a sense of humor and are only serving light beer?

The weekly ABA newsletter tells us that some firms are looking at increasing billable hour quotas as a “strategy” to combat the looming recession.

It is rather anecdotal, but if even partially true, it won’t work, not this time. I can think of three reasons:

1. Clients are looking at cutting all expenditures, and outside legal costs are near the top of any GC’s (or CFO’s) hit-list.

2. When clients are cutting back on work and they hear the word “quota” they parse the underlying meaning with a concern: padding (or its variant, platinum-plating).

3. When work gets scarce at firms, partners who can tend to hoard, and partners and associates who can’t look for any file/matter number to slam an 0.3 here and there. Clients will be particularly watchful for new names on invoices.

The sole bright spot in this dark cloud: economic events may finally push in-house counsel to the point where they actually experiment more with alternate billing arrangements.

And that is called progress for clients, day-of-reckoning for many law firms, and opportunity for a few others.