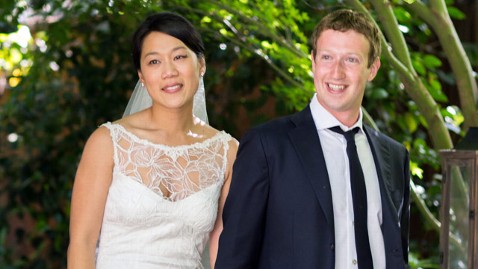 The Daily Beast was able to sneak out a jailhouse letter from the former class-action lawyer William Lerach on how the government could go after alleged excessive compensation on Wall Street.

Even from behind bars, Mr. Lerach can be ingratiating at the highest levels:

Were I free and still able to practice law, I could propose this strategy to President Obamaâ€”who, as a Harvard Law School graduate, would â€œget it.â€

Is Mr. Lerach hard at work on his next magnum opus?

In a much-anticipated move, the SEC entered the web age this week. SEC special counsel Kim McManus outlined a commission guidance on using company web sites for Reg FD purposes. The full interpretive release has not yet been issued.

Some commentators are expecting that the guidance will give companies clear direction on how investor information can be disseminated and also some protection against liability for comments on company blogs or hyperlinks to third-party information.

Others wonder if this move is a precursor to the end of the press release; it seems more likely to be evolutionary than revolutionary from the start.

A more important part of this SEC action may be in encouraging companies to release more user-friendly and interactive information on their websites, rather than just pounding EDGAR with PDFs.

This move was supported by many companies, but was spearheaded by Sun, including its GC Mike Dillon and CEO Jonathan Schwartz. I covered their filing with the SEC here (Mike’s initial post is here; that of Mr. Schwartz, is here).

A tip of the corporate disclosure cap to Sun for bringing this issue before the SEC.

The attraction of an NYSE listing may be under increasing pressure, according ($sub req’d) to the Financial Times.

Concerns about litigation are cited in a new survey that points to a rise in the international nature of capital markets. London and Hong Kong are cited as growing at the expense of the NYSE:

Nearly 60 per cent of respondents to the survey of attorneys specialising in initial public offerings said the risk of securities litigation, coupled with the cost of developing infrastructure for a public company and meeting accounting standards, discouraged companies from going public in the US, according to Gavin Anderson, the US financial communications company. Richard Truesdell, of Davis Polk and Wardwell, said that, while US exchanges continued to capture a strong share of international offerings, their position was at risk.

â€œOverseas markets have developed attractive regulatory frameworks and they are getting better at marketing and providing liquidity to support IPOs,â€ he said.

The Gavin Anderson firm interviewed attorneys from 20 US firms representing issuers on almost $11 billion of US IPOs last year.

While it is true that law firms can benefit from the work created by increased regulation (like Sarbanes-Oxley), this survey shows that long-term it may be more of a mixed blessing if more securities work is headed offshore.

The NYSE, of course, is not sitting still, the parent company is now called NYSE Euronext.

All big gifts come with some strings attached.

TXU gained notoriety this year when the largest-ever private equity buyout ($32 billion plus) was announced. Recently, TXU received a notice from the Texas Public Utility Commission of a proposed a $210 million penalty over allegations of manipulation of wholesale power prices in the summer of 2005.

The company made a filing last week objecting to the penalty that contained a statement that was interpreted that TXU might shut down some power plants if the penalty is upheld. KKR and Texas Pacific were not amused, said they had not been consulted about the filing and disagreed with it (their statement is here).

TXU CEO John Wilder acknowledged that the situation had been mishandled, although TXU denies any actual intent to shut down power plants.

If you had heard that a problem developed between a private equity buyer and a large regulated business, you’d think that the financiers were pushing too hard and were unsophisticated in the nuance of the utility business.

And in this case you’d be wrong. Not only do KKR and Texas Pacific apparently “get it,” they also took the lead when the deal was announced to agree to build fewer new coal plants, gaining support from environmental groups. The closing of the firms’ statement reads:

“We don’t own the company. The more quickly this transaction can be completed, the sooner that TXU can set a different course and a new direction, one that encourages open and productive dialogue with regulators, elected officials and other stakeholders.”