A recent commentary by Steven Harper examines the business model of Goldman Sachs and wonders whether it might provide a way forward for some leading law firms.

While this is intriguing at first blush, it’s worth noting that Goldman hasn’t been successfully cloned by other financial services companies, so you’d think law firms would have a really hard time with it.

To be fair, part of Mr. Harper’s article rests on the potential for outside investment in law firms, and notes that Goldman kept the best features of a private partnership (leverage) while attracting capital (by going public). Since the outside ownership of law firms in the United States is at best a long way off, and at worst a pipe dream, I leave this aspect to others.

1. They don’t hire the best and then invest in their development. It is really difficult to get hired at Goldman. And when you do, it is hard work, but you learn with the best, they want you to succeed. Goldman doesn’t need to charge your time to clients to pay your salary and bonus. Law firms couldn’t do this historically; they needed people to charge time right from the start. Alas, they can’t do this anymore, as most enlightened corporate clients don’t want new associates anywhere near their matters. Law firms simply don’t have the luxury of a 5-10 year development process for their best hires.

2. They don’t honestly evaluate talent at all levels. Law firms have a hard time evaluating performance. Mainly because it takes time, partner time away from billing clients. Goldman doesn’t charge clients by the hour, and so senior people can take time to evaluate, coach, and work to help the high-potential people get better. Partners can manage and develop lawyers; but many either won’t, or don’t know how. Telling associates to bill 2,000+ hours this year isn’t managing; requiring them to bill 2,200 hours next year isn’t development.

3. They don’t make people leave who don’t perform. Goldman will force out partners whose performance declines. Each year, people either leave the firm, or leave the partnership. The good news is they are already rich, or perhaps land with a client and still do business with Goldman. Being an ex-Goldman partner is a badge of honor in the financial world. Law firms generally do not get rid of lower-performing partners. What this leads to is better performing partners leaving so they are not carrying dead weight. Sort of ironic when you think about it.

4. They don’t directly link pay with performance. Goldman pays people who perform. Even if they are young, even if they are in some side business, even if it means they make more than their CEO. Law firms say they do this, but generally don’t follow through. Most firms have some form of discretion built in to their compensation models; it’s sometimes who-you-know, not line-of-sight. Goldman doesn’t tolerate this.

5. They don’t accept downside risk for upside reward. Most law firms want it both ways, make at least their standard hourly rate, and also have some upside. This is the dirty little secret of the AFA game: partners can only get them through their executive committee if there is little chance that the firm won’t at least make a good profit from the work. Classic cost-plus mindset stuff, which still permeates the AmLaw 200. Goldman has the best people in the world at quantifying risk. So it goes where many fear to tread, and then takes a fair share of the client upside as compensation. Probably the only law firms that really do this are the big-time plaintiff-oriented firms that do major contingency litigation. They know going in that they could spend millions and get nothing. And they generally don’t have 3,000 lawyers in 20 offices in 10 countries.

There are other huge areas of difference, such as the trading and money management operations of Goldman that throw off huge returns even when M&A and IPOs are slow. So, to me, a comparison of Goldman to large law firms gets more cloudy the closer you look.

Maybe there will be outside investment in large law firms in the U.S. some day. However, I have a hunch that Goldman won’t be a buyer. 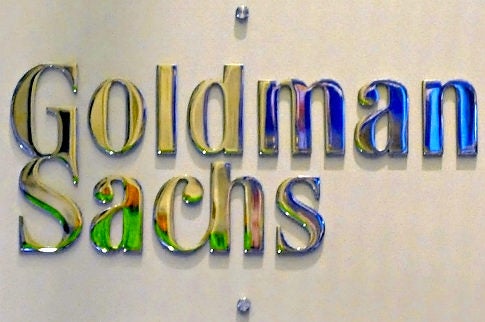