I have a vivid memory of when I started to think more seriously about law firm pricing, the billable hour, and their inherent flaws.

It was about 10 years ago. I was talking to a law school classmate, who was at a large Detroit law firm. I casually mentioned what Lawyer X at other large city Law Firm Y was charging. His response, without missing a beat:

What year is he?

I paused for a second, then realized he wasn’t asking about the other lawyer’s age. He wanted to know what year he graduated.

I hazarded a guess, and my friend said something like “that’s about right” when comparing time out of school with the other lawyer’s hourly rate. I couldn’t resist, so I ended the conversation:

Now whether this is part of the provincial Detroit law firm mindset, or an example of a lockstep firm in action, I’m not sure. It grated at me, and certainly didn’t make my company want to use his firm.

Flash forward 10 years, and you have change afoot in law firm pricing. It’s mostly driven by general counsel who have to (a) control costs and (b) demonstrate a continuing commitment to (a). Any competition among law firms is a by-product, and the Value Crusade, while laudable and essential, can sometimes seem like a sideshow.

In over 12 years as a general counsel I never once had a CEO, CFO, or board member ask me whether Law Firm X delivered good value to the company. I constantly was asked “what are their rates?” “are they raising their rates this year? and “what did they charge for Project Y?”

The trend towards lower rates, if not clear to all, has been well covered (#2 for 2011 here; even more on transparency here). Some may argue that what is important is lower costs in the aggregate, and that a focus on lower billing rates is an old-school response to a new-age opportunity.

To that I say, you may be right, good luck, knock yourself out on those five RFPs you are working on, and the three alternative billing deals that have been percolating for months. It is a fact of corporate legal life that:

Clients will continue to use hourly billing rates to compare lawyers and law firms.

Most credible surveys bear this out. All informal conversations definitely do. So where is this all headed?

Simply put, most large law firms will not be able to sustain their rate structures, firm-wide, over the long run. Possibly even over the near term. Yes, any large law firm may have pockets of demand or excellence that push the rates of certain partners higher. But at the same time there is routine litigation, general contract work, HR counselling, or the like that is trending toward commodity status.

So when I mentioned yesterday that the confusing attempt of the New York Times to price their online content resembled law firm pricing, it was a plea (or a prediction) for some clarity and simplicity.

And I promised three price points for corporate legal services. Here they are, thrown against the wall:

Tomorrow I will explain each price level. And I may be off by about $100 on the first two. Off on the high side. 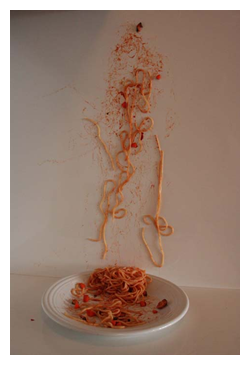