The venerable Howey law firm is slated for dissolution tomorrow. There’s a lot of reasons given, and certainly post-mortems will continue long after the doors close.

One item that has gotten a lot of attention is a short interview Howrey CEO Robert Ruyak gave to the Wall Street Journal Law Blog last week.

Predictably, this received a lot of attention, particularly this part of the interview:

As clients began looking to lower their legal costs, the firm took on a growing proportion of work on a contingency or partial contingency basis-shifting a big portion of its business into what Ruyak described as â€œfuture recovery.â€

Another challenge was the rise of third-party document-discovery specialists that could provide litigation support services at substantially lower rates, he said. Howrey, a law firm with many offices in big cities, and thus, higher costs and couldnâ€™t compete, he added.

Many saw this as Mr. Runyan seeking to revise history and deflect blame for Howrey’s swift collapse. This started with the comments on the WSJ Law Blog itself, and continued with sharp observers like Jay Shepherd and Steven Harper.

I think these responses to Mr. Ruyak’s comments are on the mark on the micro level.

On a macro level, they might be missing the point ( just a bit). Let me explain.

One of the rarest things in the legal press is a large law firm CEO speaking candidly. They almost never go on the record, and when they do it is total scripted pablum, doled out to writers who want more but know they won’t get any.

So when Mr. Ruyak points a finger at some partners who left or competition from uber-efficient discovery vendors as part of the Howrey meltdown causation chain, it is a rare glimmer of part of the truth. It isn’t the whole truth. And it certainly does reek a bit of hubris from the captain of the sinking ship. But that doesn’t mean we can’t learn something from Mr. Ruyak’s guarded remarks.

I think I recall that a big first push of the Heller Ehrman snowball down the hill in late Summer 2008 was a good part of an IP litigation group leaving. Did they have good reasons to leave? Sure. Did that firm (and apparently Howrey) have too much debt and perhaps too aggressive an expansion strategy? Definitely.

I thought this story sounded familiar, and I went back into the Wired GC archives and saw a recounting of the Wolf Block dissolution back in 2009.

Back then I reached rather far and quoted Leo Tolstoy for insight (rather than other legal bloggers or Twitterati):

Happy families are all alike; every unhappy family is unhappy in its own way.

If a large law firm like Howrey can fall in a few months because of poor leadership, then it wasn’t much of a firm to begin with. And we know that this was not the case. Howrey had (and has) many excellent lawyers and a blue-chip client base that many other firms would love to have.

Which is precisely why these other firms sidled up to the sinking ship, only offering their lifeboats to a select few.

So is Robert Ruyak at fault? Yes. It is all his fault? No.

And in this sense, Howrey is less an outlier than a lot of other large law firm managing partners would want you to believe.

Tomorrow, a few reasons why. 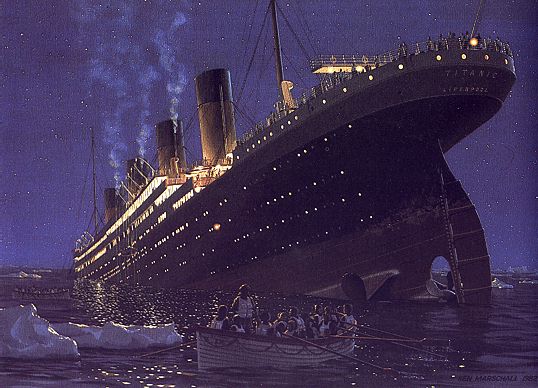