Sometimes it seems like you can’t catch a break.

So it seems for jetBlue, an airline finally returning to a normal schedule after sending a different Valentine to some customers in the form of 10-hour waits on the JFK airport tarmac.

CEO David Neeleman has been a fixture on all news channels. The poor man looks like he could use a getaway to Aruba.

Mr. Neeleman dutifully followed crisis communications 101, and was out front stating that jetBlue was aware of the situation, heard the (irate) customers, acknowledged that jetBlue’s performance was intolerable, and was focused on making it right. Unfortunately for jetBlue and Mr. Neeleman, a combination of continued bad weather, communications and logisitical snafus, and FAA duty regulations all conspired to turn a bad day into a worse week.

Once you’ve said “I’m sorry” it’s hard to come up with something more for the next day (or news cycle).

So, in an attempt to shift the focus of the debate, jetBlue has offered up its own customer “Bill of Rights,” which includes a video on YouTube.

Former law review members can catch a footnote at the bottom of the BOR, probably courtesy of jetBlue Legal:

*These Rights are subject to JetBlue’s Contract of Carriage and, as applicable, the operational control of the flight crew.

Delays are defined in terms of a “Controllable Irregularity” which I will resist commenting on.

This approach may help, but it may appear a bit hollow right now, given their own shortcomings (when measured against the BOR) over the past six days. In addition, while compensating for delays is better than nothing, most people I talk to cringe at the notion of anything more than an hour’s wait on the ground. When you approach 10 hours, many passengers are thinking less about rights and more about self help.

(To be fair to jetBlue, part of the impetus for their BOR is the cacophony in Congress on the subject; if only that body would read the original BOR from time-to-time).

In the end, jetBlue will regain terminal velocity with great service for fair value (safety being a given).

And I’d advise against serving this: 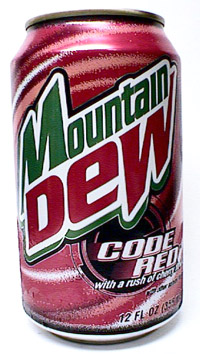