To swing 180 degrees from the Moto Q, today a brief examination of ADT.

No, not this ADT. It’s ADT as in “attention deficit trait.”

It’s sort of like the normal version of attention deficit disorder. But it’s a condition induced by modern life, in which you’ve become so busy attending to so many inputs and outputs that you become increasingly distracted, irritable, impulsive, restless and, over the long term, underachieving. In other words, it costs you efficiency because you’re doing so much or trying to do so much, it’s as if you’re juggling one more ball than you possibly can.

The good doctor throws cold water on the concept of multi-tasking, and provides a refrain to which many in this always-on, interconnected age will nod “amen”:

What you pay attention to and for how long really makes a difference. If you’re just paying attention to trivial e-mails for the majority of your time, you’re wasting time and mental energy. It’s the great seduction of the information age. You can create the illusion of doing work and of being productive and creative when you’re not. You’re just treading water.

Dr. Hallowell mentions how Warren Buffett sits in an isolated office and spends a lot of time thinking. Buffett pal Bill Gates doesn’t seem to do this as much. According to Business Week, Mr. Gates has 3 flat-panel monitors on his desk and next month will go off for a week and read 100 papers from Microsoft employees on the future of the company.

Of course, Mr. Gates is rather well compensated for his efforts and had China’s President Hu over for dinner last night.

Did Ms. Gates whip up something like this, that was swimming just hours earlier in Lake Washington? 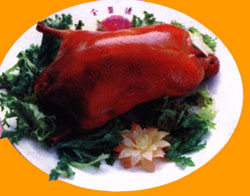